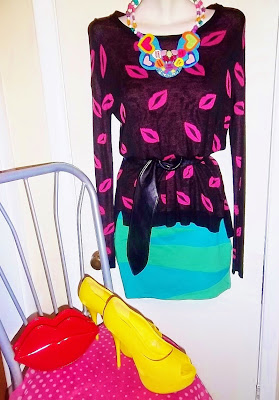 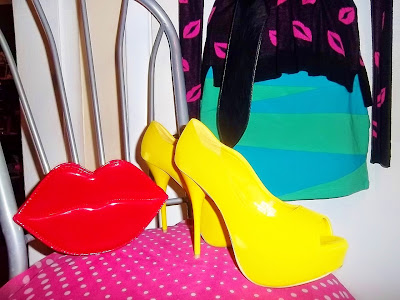 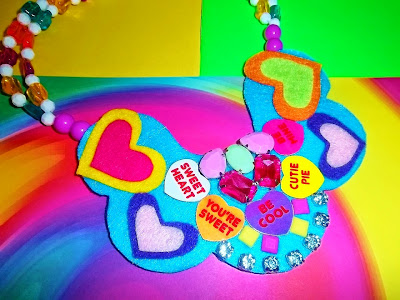 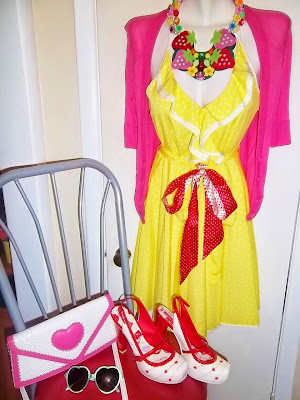 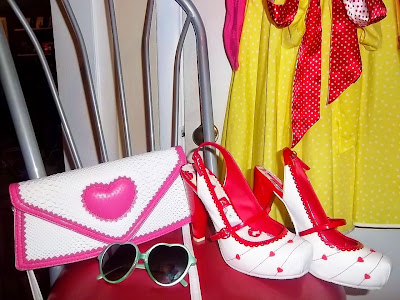 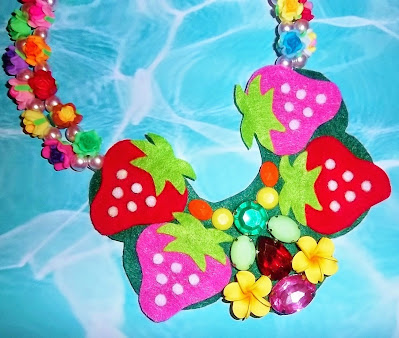 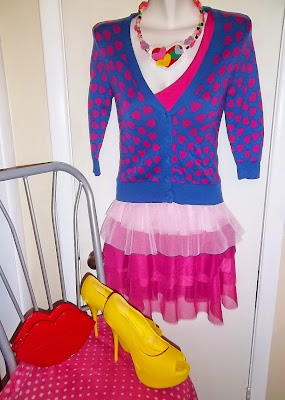 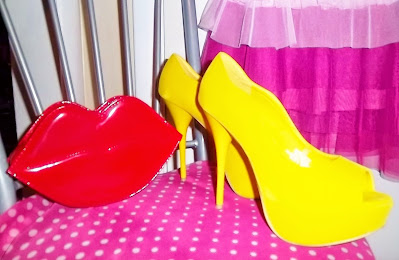 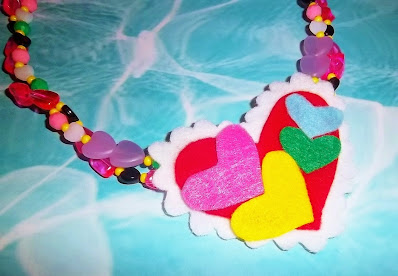 Retailers are always cashing in on the kitschy appeal of Christmas in July.  So I thought, why not celebrate the sweetest style holiday of them all and haul out the hearts and flowers half a year early?  Never mind that it's hot enough to melt your lace-wrapped Russell Stovers to fondue.  I'm not what you'd call a real retailer anyway, so all bets are off (although I am most certainly kitschy.)

Talking about hearts makes me think of heartthrobs, which makes me think of how this season of TV Land's decidedly kitschy original sitcom "Hot in Cleveland" has been guest starring Tim Daly. (Hey, I never said it'd be a young heartthrob; there's a reason why AARPs always courting me).  Not to be confused with Tyne Daly, who costarred with Amy Brenneman in "Judging in Amy," who in turn costarred with Tim in "Private Practice."  Don't you just love TV connections?  Speaking of which, I always liked Tim on "Wings," more than Steven Weber, although less than Thomas Haden Church.  There was just something about that jumpsuit . . .

But enough of that nonsense.  On to a more important love connection airing this July, namely my and the husband's first anniversary.  We officially celebrated on July 27, marking our second weekend of food-focused festivities, an event that started with a return to the scene of the ceremony, a. k. a. Renault Winery, and ended with a visit to Guy Fieri's new Atlantic City steakhouse.  What it most certainly did not include was the traditional eating of the frozen top tier of our wedding cake.  Well, at least not for me.  The husband very gamely and bravely bit into the freezer-burned buttercream.  Although I wrestled with doing the same, I ultimately decided that I'd put my intestines through enough during the last forty-eight hours. (I'm looking at you, Mac Daddy Mac n' Cheese.)  Here's what it looked like, though (the cake, not the mac n' cheese).  My artist's ego feels honor-bound to report that it originally featured red, yellow, and salmon roses, not just this frighteningly deep-freeze-leeched-yet-digitally-enhanced Ronald McDonald-esque duo of red and yellow.  That having been said, my inner Bridezilla of days past would be remiss (and I'm sure all brides say this, we being a notably narcissistic lot) in not mentioning that it was the most delicious cake I'd ever tasted (props, again, to the good folks at Renault). 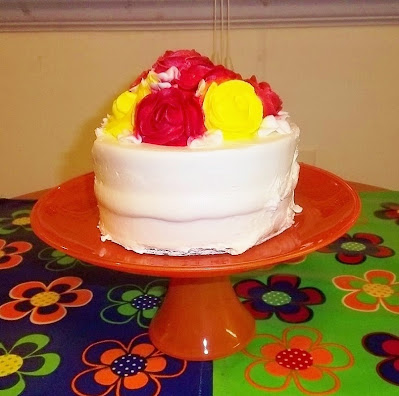 While I'm on this me-me-me stroll down memory lane, here are a couple of wedding pictures in frames I embellished.  When the pictures were fresh last fall, I was the first one to point out the flaws, criticizing each unflattering pose, stray hair, and weird expression.  Now I just think about how happy we look, a sentiment that'll probably grow stronger as the years pass and our quirks (photographed and otherwise) wax even weirder. 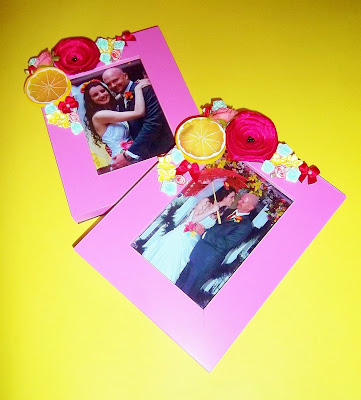 Loving the idea of another valentines day in july, so cute! Hope you're having a great day!
xo Hannah

p.s. I am hosting a giveaway for a gift card to my vintage shop, a custom flower crown, and a handmade fringe necklace over on my blog if you want to stop by and check it out! :)
http://thebraidedbandit.blogspot.com/2014/08/super-summer-giveaway.html

Gorgeous wedding pictures! Fabulous outfits, as well, but I think my fave is the first one. I have/had luggage that looks like that top - the larger suitcase broke long ago, and the smaller one is barely hanging on. It's like nostalgia for me, but also kind of not. :)