Chartreuse the Abstruse and a Note About Shopping 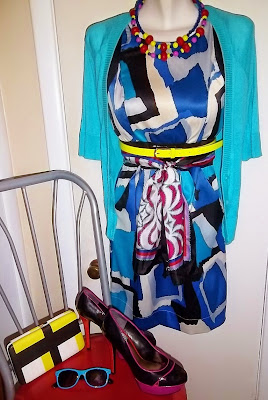 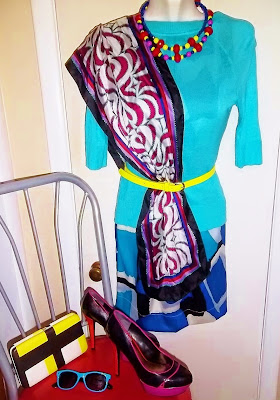 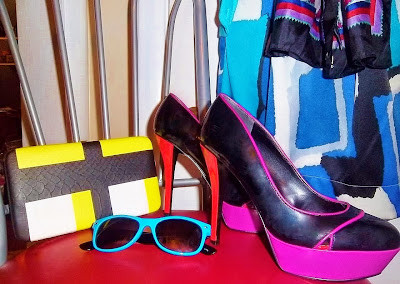 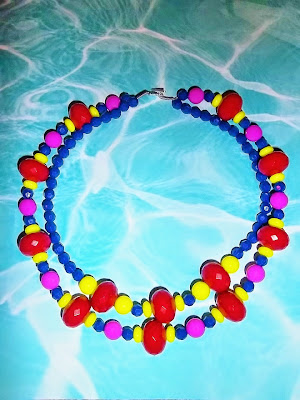 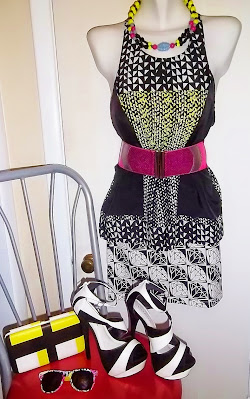 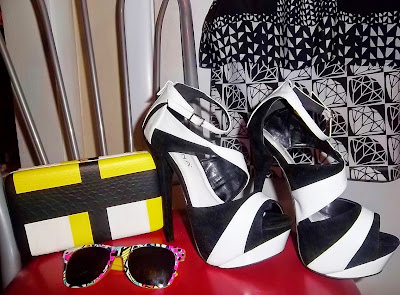 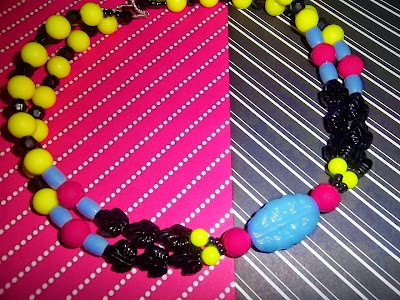 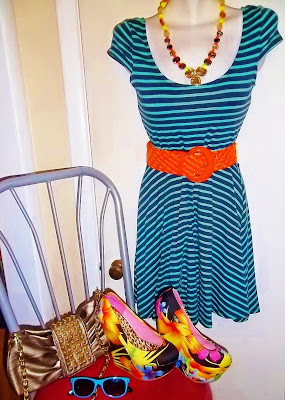 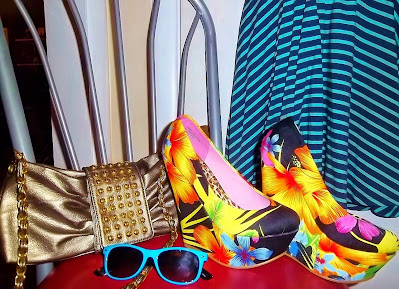 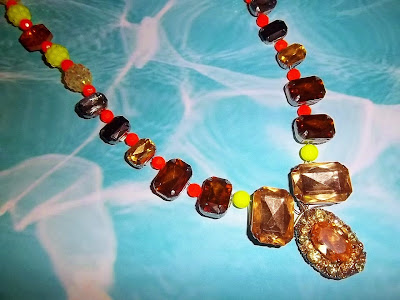 According to dictionary.com, "abstruse" means "hard to understand; recondite; esoteric," making it as apt a descriptor as any for the oft misunderstood chartreuse.  Also, it rhymes, which is always a bonus.

I used to think of chartreuse as the afterthought of the neon color palette.  Pink, blue, and orange were indisputably the prominent players, their too-flagrant-to-be-lemon colleague little more than an interloper to be gently humored.  Maybe that's why I ended up relegating the bulk of my chartreuse beads (so acquired in mixed lots containing other, more suitable colors) to a see-through plastic green rectangle of a reticule stashed deep in the recesses of my purse closet.  To be fair, I'd put the beads in the purse to photograph for this very blog (it's on here somewhere if you look hard enough) -- the solid chartreuse made the translucent and hard-to-photograph plastic appear as a solid lime.  I rediscovered the beads just weeks ago at, as it turned out, a most opportune time.  I'd just vowed to buy as few new jewelry-making supplies (as well as clothes) as possible and instead make do with the stuff I already had, a decision that was born of both frugality and the allure of a personal challenge, necessity being the mother of invention and all of that.  When I started using the chartreuse beads, I realized that the odd, problem-child shade had a way of brightening up, and dare I say, bringing out the best in my more mainstream but less radiant beads.  It stoked the fires of coppers and ambers, thawed the frost of pinks and blues, and rescued russet from the bullying bluster of blues and purples.  The result was three funky new pieces for my Rustic Romance collection.  (As a side note, upon telling someone that the Electric Elephant Necklace belonged to the Rustic Romance group, the said someone asked if "rustic romance" was what I called it when the elephants "got together."  I somewhat haughtily retorted, "no," then launched into a monologue on the various and nuanced meanings of the word "romance."  Interestingly, I've since moved all of my other elephant necklaces [for yes, there are others] into this category, unwittingly orchestrating a safari-themed singles scene.)
Anyway, the new necklaces make me glad that I decided to go on a bit of a shopping hiatus.  I'm approaching this challenge with the strategy of any addict, which is to try to quit cold turkey.  (It's no accident that I penned this post from a Boscov's parking lot.)  You know how a normal person can play a slot machine every now and then without it being a big deal, but how just one bet will send an inveterate gambler on the road to bankruptcy?  Well, this is kind of like that, except not one-tenth as serious (lest there be any confusion, I'm not going bankrupt).  Which is to say, a person who isn't a shopaholic can buy a sweater she doesn't need without it mattering much, but for someone who shops all the time, even a small, unnecessary purchase can send her backsliding down into a spiral of unchecked retail therapy.  So far I feel virtuous, like someone on the Cleanse, smugly superior to people popping cookies, or, in my case, this season's clutches.  Also, a bit like Laura Ingalls Wilder, sewing buttons on blouses instead of buying new ones and washing dish towels instead of going through reams of Bounty.  But how long before I run out of shampoo samples and need to hit Target, only to emerge with a week's worth of socks and the latest Weezer CD?  To prevent such a relapse, I came up with a few buys that don't count:

-- Paperback books. (Hey, I've got to read, and I'm not entirely sure that I'm allowed back in the Brigantine library.)

-- Gifts. (Why should others have to pay for my penury?)

That having been said, sometimes you have to let the Crock-Pot breathe before it explodes.  Which is a cute way of saying that I'm not cut out for going cold turkey.  But no matter; cool chicken has its challenges, too.
Posted by The Tote Trove at 11:54 PM

oh Tote, I so know what it's like. I have such a shopaholic attitude towards jewellery that I buy something almost every time I go out. Or it's tops or lately, shoes. Coming up to summer I "need" new clothes and shoes and since they're so cheap it makes it so easy to buy something.

I remember about 15-20 years ago stuff was so expensive. A sequin top was $100 plus but now you can get one for less than $30. And shoes are cheaper as well. Makes for bargain city at my local shopping centre.