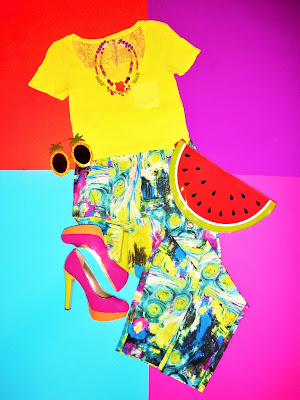 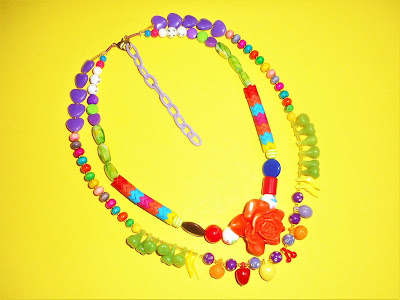 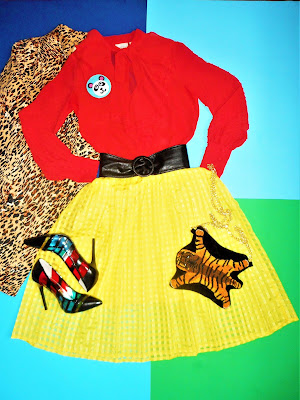 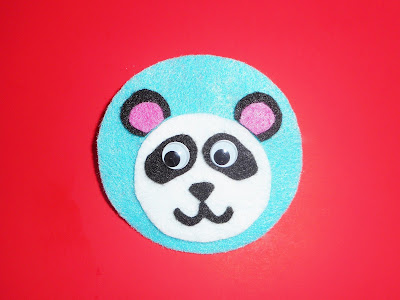 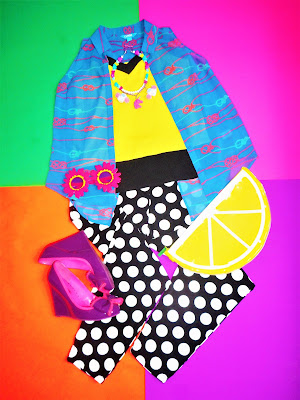 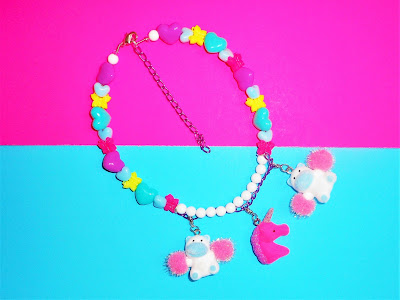 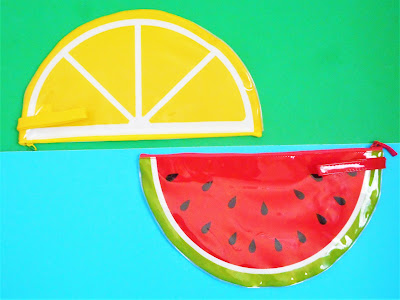 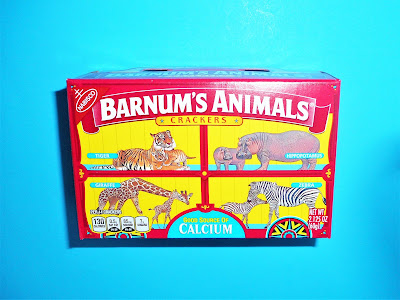 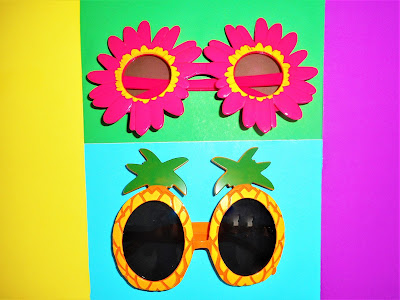 They say that rap and rock can't make beautiful music.  That they're too different, too diametrically opposed to share the same stage.  But sometimes it's the differences in things that make them stronger, adding layers and contrasts to illuminate new points of view.  Take these outfits.  They've got a kitchen sink aesthetic and should look like uncurated graffiti.  But instead they're harmonious and eye-catching, unified by the very elements that set them apart.  With fruit slices, bold bling, and loud pants-a-plenty, they hit all the right style notes (at least to this admittedly awful singer).  Especially the pants.  A little bit MC Hammer, and a little bit zuma, they're like a time machine back to pre-Jersey Shore MTV.

The skirt outfit was challenging.  I wore it last week, leopard trench coat and all.  I felt like a schoolmarm who moonlights at McDonald's and also, maybe, the zoo.  And I thought, what would make this look even more wonderfully wacky?  An animal pin, something cute but uncomplicated, and then I had it -- a panda.  Also, a shot of some animal crackers, which would require a trip to Target.  But that was no hardship, because I love scoping out the Dollar Spot.  I always find the best stuff there -- seasonal stuff, cheap stuff, and stuff that no one else wants.  This week it was the fruit clutches (which are really bathing suit bags, although they'll hold my lipstick and license long before a bikini) and party sunglasses, the likes of which I've seen only on Pinterest.  Why do people wear "fun" sunglasses only at parties, anyway?  Why not rock them at the DMV or grocery store?  (Well, maybe not the DMV; those people would probably taze you.)  Because errands need a dose of adrenaline more than an already off-the-hook rager.

And yes, I know that no one says "off-the-hook" anymore.  Or, for that matter, "rager."  But I love words, so much so that I use them past their sell-by dates.

That's why you'll find me at ShopRite.
Posted by The Tote Trove at 11:58 PM

the watermelone bag is so amazing,
perfect for summer. Nice items.

take a look at my BLOG and also INSTAGRAM

Thanks, Amely Rose! I love your blog; it's so cool and colorful. I pinned the pink outfit pic from today's post, but for some reason, I can't comment or follow. Guess I'll see you on Pinterest :)

I see you are a shopping genius and you find always the very best pieces at Target! I love all the 3 outfits you share here and would love to see the look with the skirt with the leopard coat you put over it!
xx from Bavaria/Germany, Rena
www.dressedwithsoul.com