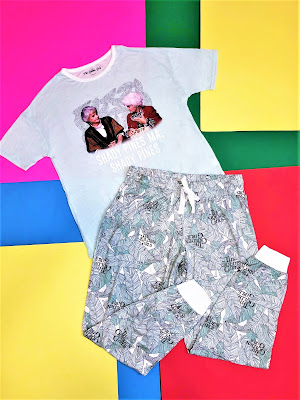 Tonight we say hey to Florida's finest.  And no, I don't mean Miami Vice.  I mean Dorothy and Sophia! (Although I wouldn't want to meet Dorothy in a dark alley.)  These golden girls boast one of TV's most beloved and complicated mother-daughter relationships.  Sophia's ornery antics and Dorothy's no-nonsense demeanor highlight all the tension and laughs that would inevitably erupt between a mama bear and her grown-up cub spending their golden years under one roof.  (And yes, if your ears are tingling, then it's because "Mama Bear" is Dorothy's odious ex Stan's pet name for her.)  Sophia skewers Dorothy for her nonexistent love life, and Dorothy regularly threatens to send Sophia back to nursing home from hell Shady Pines.  Yet despite all their issues, these two share a quick wit, a disdain for Stan (except for those occasions when Dorothy falls off the anti-Stan wagon), and a bond that can never be broken. 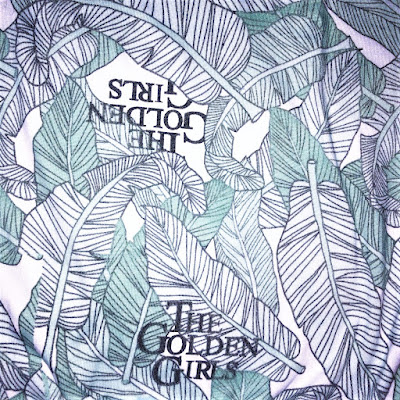 So, I was as happy as a Miami Dolphin (I know nothing of sports, but dolphins are cheerful, yes?) when my sister presented me with this pair of Dorothy and Sophia-themed pajamas for no other reason than that she found them on clearance at Macy's.  I especially love how Dorothy is characteristically angry, her disapproving mug presiding over her ominous catchphrase, a.k.a. the only thing that could shut Sophia up: "Shady Pines, Ma, Shady Pines." 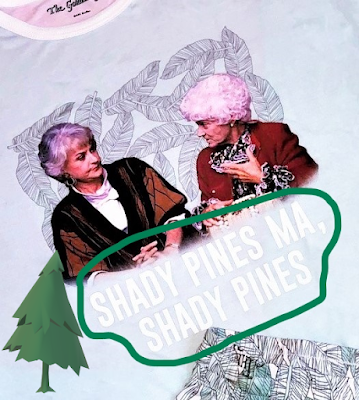 The pjs are as comfy cozy as The Golden Girls itself, and I expect them to go through as many wash cycles as my TV goes through reruns.

So, Dorothy and Sophia.  Sophia and Dorothy.  So shady.  Such ladies.

May they and all of their fans have sweet dreams -- and even sweeter cheesecake.

Golden girls tv series were very popular here in Turkey. It played in Saturdays and we all loved it.

Oh, I'm so adoring those pajamas! How fun! I loved watching those two on the show. They were definitely a real mother-daughter team. Those PJs look so cozy! Such a fun and sunny post to find this morning!

Those pillow eyes might be a reminder of Casey's own son looking at him and Casey has no idea what to do. I feel he's a character who really hates change and suddenly everything he's taken for granted is in a certain shift he wasn't ready for. Sometimes, I feel his little brother Chance is much more of a grownup than he is even if Casey is the one good with numbers and has found a way to work from home. Thanks for liking that collage! Hopefully, you are having a productive yet relaxing weekend. The temps are in the mere 80's this weekend and that has been wonderful, as well as the smoke has gone away. Oh, and while I was learning all this I found out the weather girl Mallory is engaged to Jose.

What a sweet surprise to find! Oh, those Golden girls! Those two were such a pair. I am so glad you like the Golden Girls too! You are so spot on..and how could we forget Stan? Such a fun post!

Actually, I had grandmother who did that when she made tea, but her's was usually iced and it was so strong it could knock your socks off. Although, it wasn't that sweet, just a touch. Although, I prefer my mint tea with no sugar. And I usually like it hot, but it's by the cup. And yes, that's Kat Dennings as Mazie. But she isn't in the story much, even if she owns the coffee shop. She unexpected showed up at Dylan's on Thanksgiving because she was alone. Her son was at his father's house. And about Demon Tori..hahaha..it seems most of the photos I find of her she looked possessed. You'd think this actress as typed-cast or maybe her fans enjoy her in that mode.

Such a delightful post! Such a cool PJ set! Love those bottoms, too! I used to think..how would the world be if Sophie was president? Thanks for the great Sunday post.

Backstreet Rookie: Does have it's controversy with the "Reggae" character. Some think its terrible they are showing someone lazy with Dredlocks, but this actor always is over the top as a character actor. He came off so mean in The Firey Priest and I think this drama is by the same people since they occasionally play the jingle from that drama and have included another actor from that drama for a bit role. Perhaps one of the reasons I have boycotted a lot of K-dramas is the fact they do use a lot "bullying" in their stories and yet if there is a mention of the slightest bullying situation an actor might have had in the past..they are out. Granted, there might not be any real truth to the matter. Thankfully, our entertainment industry doesn't work that way. Yet, to find out about the strange sponsorship between Brit and her Dad all these years does sound so horrible.

LOCKDOWN DIARY: Well, I wasn't sure how anyone would interpret Maxie's reply. But we all have our little differences. Yet, we have our own ideas which may or may not be true. Yet, at times we might take note..that this was not just going through the motions yet something better. Nothing worse than killing the moment when someone asks "how was it?" Which I don't think either Amber nor Maxie would ask.

Oh my gosh what cute pj's!!! I love how the pants are printed with palm leaves, for that Floridian flair! I also adore the lush, vibrant colors of Dorothy and Sophia on the tee! And of course, the humorous phrase! Their witty banter on the show is hilarious. What a sweet gift from your sister! 😀

I still watch the reruns- it's such a funny show with great characters. I live in South Florida half the year, but I don't really relate to their lifestyle.

Hilarious! Damn, that show was good.